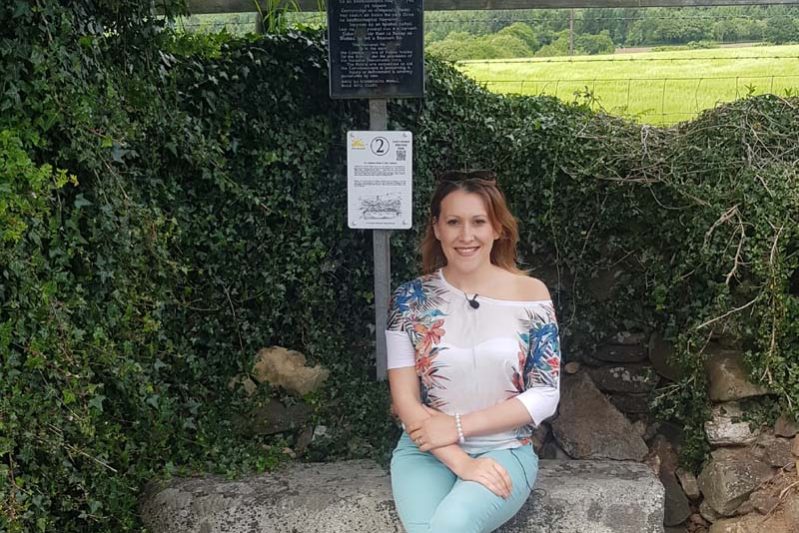 It’s most definitely a non assuming Ogham stone, as it looks like a stone seat on the side of a small cute Irish road in Co.Wicklow.

The locals call it the Giants Stone as the old Irish story says. Local legend claims that the Ogham stone was once picked up by the Castletimon Giant and thrown down the hill; the scratches on it were left by his finger nails. Another says that a local man took the Ogham stone to use as a hob stone. The Ais Si (fairies) got angry and made his cutlery dance and jiggle. After a week of this he returned the stone to its place.

The stone itself is like a stone seat measuring approw 1.5 metres by 0.48 wide and 0.25 metres thick. The stone dates back to 350-550 AD and was first discovered in 1854. The writing on the ogham inscription is Netacari Neta Cagi.