Ogham alphabet and trees assigned to it 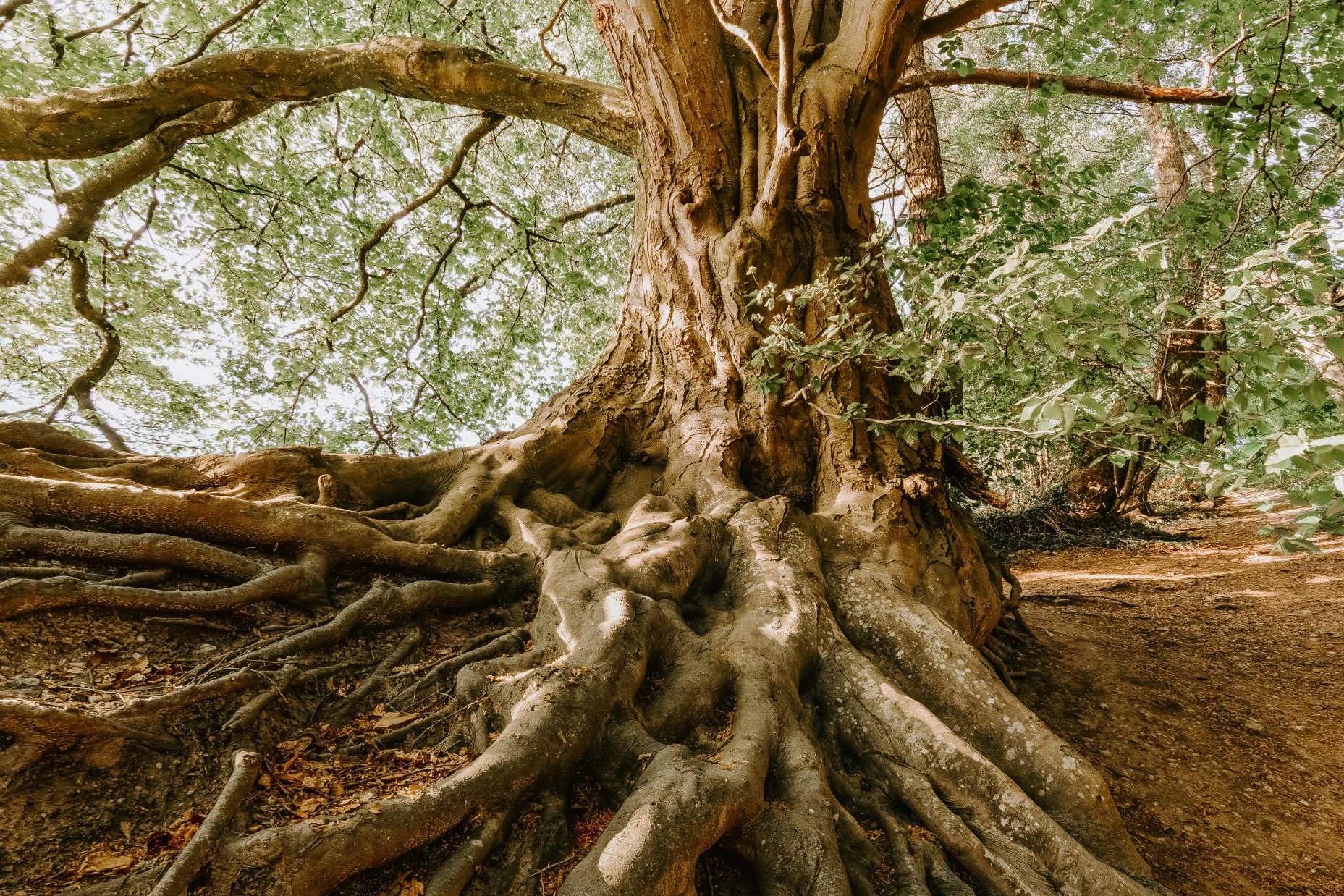 The Ogham alphabet is also called the ‘Celtic Tree Alphabet’ as each letter is assigned a tree or plant name and each tree has its own symbolism.

A is for Ailm (pronounced ‘A-lum’)

It is associated with Elm, Fir and Pine

In Celtic Mythology, the Elm is related with death and the transition into the Underworld. Fir tree’s associated with the healing of an inner soul.

B is for Beith (pronounced ‘BAE-yh’)

It is associated with Silver Birch

In Celtic Mythology Birch is known as ‘The Lady of the Woods’ and it represents new life and rebirth, change, new beginning, femininity, grace, protection, family…

C is for Coll (pronounced ‘Col’)

In Celtic Mythology Hazel is associated with wisdom, knowledge and creativity.

In ancient Celtic tree lore, the Oak is associated with strength, resilience and self-confidence.

Celtic symbol – Dara Celtic Knot, usually represents the root system of an ancient Oak. Like other Celtic knots, the Dara Knot is made up of intertwined lines with no beginning or end.

Aspen is a symbol of endurance, courage and the overcoming of obstacles.

Ivy is often associated with prosperity and growth, and it is believed to be a bringer of good fortune, particularly to women.

In Celtic Mythology the thorns of the Hawthorn are often associated with cleansing, protection and defence, although the stem of the Hawthorn is seen to bring bad luck if brought into the home.

I is for Iogh (pronounced ‘Yoo’) and is associated with Yew

The Yew tree has come to symbolise death and resurrection in Celtic Mytology.

L is for Luis (pronounced ‘LOO-sh’) associated with Rowan

M is for Muin (pronounced ‘MOO-n’) and is commonly associated with the Vine, but also with the Bramble

Muin is a symbol of inward journeys and life lessons learned.

The Vine is a symbol of both happiness and wrath and is connected to prophecy and truthful speaking. The Bramble is most commonly associated with Devil and it was said that the Celts didn’t eat Blackberries as the Devil had spat on them. The association with Satan is also present in Christian mythology, where it was said that when Satan was banished from the Kingdom of Heaven, he fell in to a patch of brambles and cursed them as they pierced him. Goats are one of the few animals that eat brambles, and they are traditionally associated with Satan in Christianity, perhaps adding to the negative associations of the Devil with Brambles.

The Ash tree has long been a symbol with wisdom, knowledge, and divination. Celtic druids also believed that men were forged from the Ash tree (and women from the Rowan) contributing to its association with masculinity, strength and rebirth. In a number of legends, the Ash is connected to the gods, and considered sacred.

In Celtic Mythology, Gorse was thought to provide protection against misfortune and was also associated with resilience, optimism, as well as with the Sun, light, and fire.

In Celtic Mythology birch was traditionally associated with birth, love and purity. Birch was often placed over cradles to keep the young safe from evil spirits and bundles of birch twigs were used to drive out the spirits of the old year.

R is for Ruis (pronounced ‘Roosh’) and is associated with Elder

Elder is often representing endings, transitions and maturity in terms of the awareness that comes with experience. In Celtic folklore, Elder is said to provide protection against malevolent faeries, witches and the Devil. Traditionally, it was said that the best protection for a home was obtained by having a Rowan tree by the front door and an Elder tree at the back door.

S is for Suil (pronounced ‘Sool’) and is associated with Willow

Willow trees were an important part of Celtic Mythology and it was associated with knowledge, optimism, adaptability and spiritual growth.

As an evergreen, Holly was connected with immortality and a symbol of fertility and regeneration. Felling an entire Holly tree was said to have brought bad luck.

U is for Ur (pronounced ‘OohS’) and is associated with Heather

Heather symbolises luck, healing, passion and generosity, with flowers that are full of nectar and so attractive to bees, which are themselves seen as messengers between the spirit world and the mortal realm.

The Celts often referred to heather as a plant of attraction, romance and intoxication.