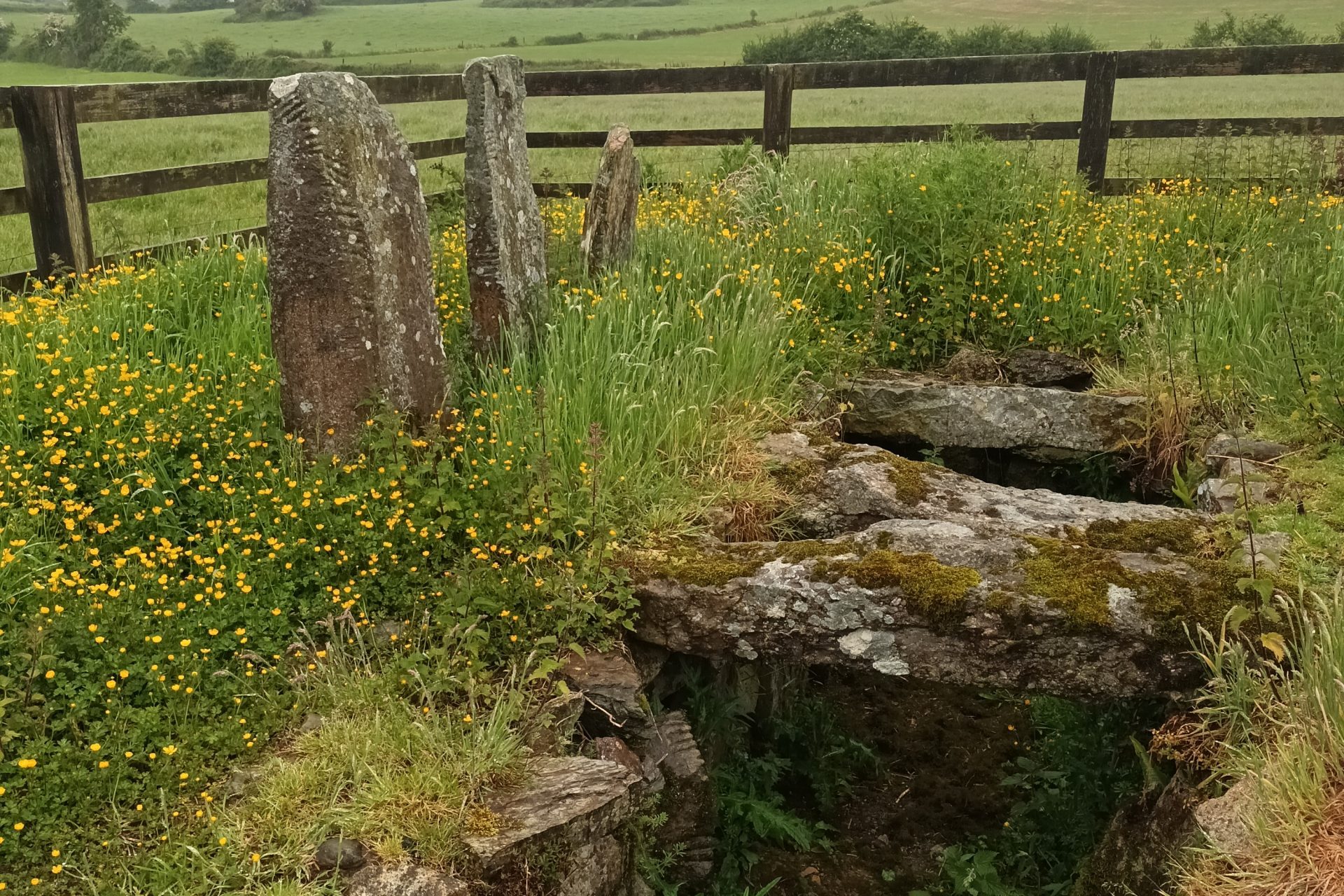 If truth were told, if we did not go into a farmer’s yard while he was milking his cows and ask where the “Drumlohan Ogham Stones” were we would not have encountered the fine stones and enlightening afternoon in west Waterford. We tried to locate them on Google maps and helpful as it was it did not assist us in finding the stones at first attempt. So after walking helplessly through wet fields with the aid of the farmers map we eventually came across the fenced off Ogham stone cave entrance.

I have not experienced many Ogham stones so far in my travels, but these stones are by far the best preservered stones which I have encountered. Not only the best preserved, but also the most impressive, at least for me. I felt like a time traveler in some magical space filled with mystery and countless stories. While knelling down and crawling through the half cave I was wondering what was it used for and what’s the real story behind it.

Through my research, I found out that this cave was discovered in 1867. by a farmer. The souterrain didn’t look like this originaly – ten ogham stones were used in the construction of the 5 metre long chamber. In 1936. the chamber was partially dismantled and some of the stones are now standing upright next to the chamber. Since the inscription is well preserved, it was possible to reconstruct a part of inscription. To my surprise, the writting is representing Latin, not the old Irish as I expected. This is a part of reconstructed wording from the stones : MANU MAGUNO GATI MOCOI MACORBO.

There’s one question that has been running through my mind all the time and it’s why is nobody or institution taking better care of this immaculate specimen of Irish history and folklore.

There’s just something special obout these stones that I can’t describe and this was an incredible experience for me. I’ll keep exploring Ogham and share with you my journey through this mystical part of Irish history. Stay tuned, we’re also preparing some videos from our Ogham trips for you.